Overcoming any kind of addiction is among the hardest possible things for anyone to do. An addiction to alcohol or any kind of drug can and will ruin anybody’s life, even to the point of fatality. The best course of treatment for any addiction is an inpatient treatment program that allows a patient to stay
Read More
Alcoholism is one of the most common types of addiction in the world today. It is estimated by the Center for Disease Control and Prevention that, in the United States alone, over 51% of the population consider themselves to be regular drinkers. Of that group, approximately 12 million are considered alcoholics. Across the country and
Read More
Heroin addiction is just one of the many types of opioid addiction that led to the current drug crisis in the United States. If you suffer from the same condition, read on to know more. Risk factors Several risk factors may have made you more vulnerable to drug addiction. If someone in your family already
Read More 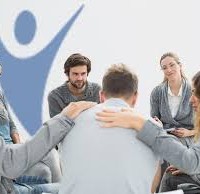 Morphine and heroin are close cousins, they both have an origin in the Asian copy, also called Papaver Somniferum. However, heroin is a street drug, whereas morphine is manufactured by pharmaceutical companies all over the world. It is available as a pill, a suppository, or as an injectable. Another difference is that morphine is a
Read More
If you loved one is dealing with Benzo addiction and has asked your help on how to stop, here are helpful tips and advice. Shake off the misconceptions The first thing you should do is educate yourself. Find out what benzo addiction does to the mind and body. Knowing more about the condition will help
Read More
66 percent of drug overdose deaths involve opioid, the Centers for Disease Control and Prevention (CDC) reports. If you’re struggling to kick the habit, one of the first things you’ll need to go through is the withdrawal process. This can be brutal, though. Here’s how to make things easier: Be ready It’s going to be
Read More
Suboxone, which is a combination of generic name buprenorphine and naloxone, is an opioid type of medication, often termed a narcotic. As a prescription drug, it’s widely recommended by doctors as a replacement for methadone, CNN reports. Unlike methadone, it’s often less dangerous in an overdose and often less likely to be abused. However, that
Read More
The period directly after detox and initial treatment for drug and alcohol addiction is one of the most vulnerable points in a recovering addict’s life. Stress and common triggers cause the instance of relapse to be incredibly common in the newly-sober. Sober living facilities assist these people in remaining sober while rebuilding their broken lives.
Read More
The death of a 10 year-old kid due to drug overdose on the Washington Post is just another sign of how rampant the drug addiction problem has become. Don’t want to be another statistic? Seek out treatment for your benzo addiction. Undergoing withdrawal isn’t going to be an easy road ahead, though. But knowing what
Read More