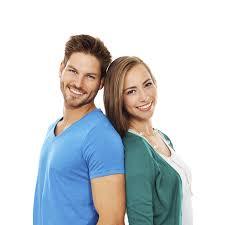 Transgender. It’s a word that has a whole host of meaning behind it, often unique to the individual who identifies as such. But what is it all about? As the public becomes increasingly aware of the presence of people who are transgender, questions start to come up. This primer is meant to answer some of the most common questions and give a jumping off point for more in-depth research.

What is Gender Identity?

Maybe you look at yourself and see a woman. Perhaps you think about yourself and know you are a man. Gender identity is what we see in ourselves in terms of gender. Some people see themselves as men and women, others see themselves as both, neither, or something altogether different entirely. Many people find their identities to be fluid and changeable. For instance, a transgender woman might also identity as genderqueer or do drag as a drag king on occasion.

What Makes Someone Transgender?

A transgender person is someone who was assigned a gender at birth that does not match up to the gender they feel inside. So, a transgender woman may have been born and declared a boy but has always felt like a girl or woman. And another person may have been female but identifies as non-binary or genderqueer. Anyone who doesn’t fit the gender assigned at birth is transgender, provided they choose to identify that way.

The same as any other people’s bodies are. Some of them are hairy, others are smooth. One transman might choose transgender reassignment surgery, while another chooses hormones, and a third chooses neither. Some take hormones long-term, others do so in some situations but not others. Some transwomen get breast implants as part of transgender reassignment surgery, others are comfortable in the skin they are in.

There isn’t a single experience that transgender individuals experience. You may have heard about a transgender man who was trapped in the body of a woman, always knew he was male, and now lives as a heterosexual male. For his story, there’s also a transgender woman who didn’t realize she was trans until well into her 40s who identifies as a lesbian or an asexual.

The point is that transgender people are just as nuanced and complicated as everyone else. There isn’t a single way to be transgender, and every transgender person is on their own journey.

To learn more about the medical options available to transgender individuals, visit The International Center for Transgender Care at www.TheTransCenter.com.