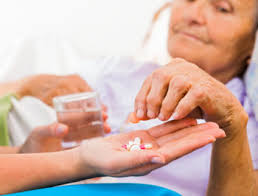 Compounding pharmacies first came to the attention of most Americans during the Daraprim saga, where the price of a life-saving medication for pregnant women, cancer patients, and HIV patients was jacked up to $750 per dose from $13 as a generic by its new owners. A compounding pharmacy stepped in as hospitals and physicians desperately tried to find a way to get the medication their patients and priced the dose at $1. As Big Pharma overreached with price hikes on drugs such as the EpiPen and the blood pressure medication Nitropress, compounding pharmacies took the lead in helping patients first.

As you might expect, the drug companies buying up these older drugs were not pleased to have their plans for raking in big profits tanked. Nor were pharmacy benefits managers, who also stood to pocket tidy sums thanks to opaque drug pricing and “gag rules” that prevented pharmacists from discussing drug prices with their patients. Compounding pharmacies handle all sorts of prescriptions from compounding veterinary drugs to medicines that meet the need of individual patients – such as those who need Daraprim, EpiPens, and Nitropress analogs. Yet, insurance companies often do not cover copays, and the claims process can be onerous to the ill and their caretakers.

Regulation has its place, as the 2013 meningitis outbreak showed, but the majority of compounding pharmacists and facilities are not irresponsible profiteers. The FDA already regulates drug manufacturers, but now there are plans to overreach state regulation of pharmacies and put compounding pharmacies under federal oversight – with regulatory costs that could drive them out of business. Additionally, it contains language that would restrict compounded drugs that mimic FDA approved drugs – such as Daraprim, EpiPen, and Nitropress.

If you, or a loved one, or a beloved pet rely on compounded drugs then it is time to get involved! Ask your legislators to protect patients from opaque drug pricing and special interest lobbying by the pharmaceutical industry and pharmacy benefits managers – support your local compounding pharmacy!